Around 35 years ago, I spent many hours walking the banks of the River’s Wye and Lugg, checking on the number of weirs and lock remains that were likely to cause obstructions to the passage of the 124 foot, 230 Tonne Dutch Barge Wye Invader that I was planning on bringing up the River Wye to Hereford. On the Wye, I found the remains of 21 weirs that had been breached and the locks that would have allowed ships to bypass the weirs were no longer there, I also noticed that the thousands of tons of dressed stone used in their construction had been robbed out. 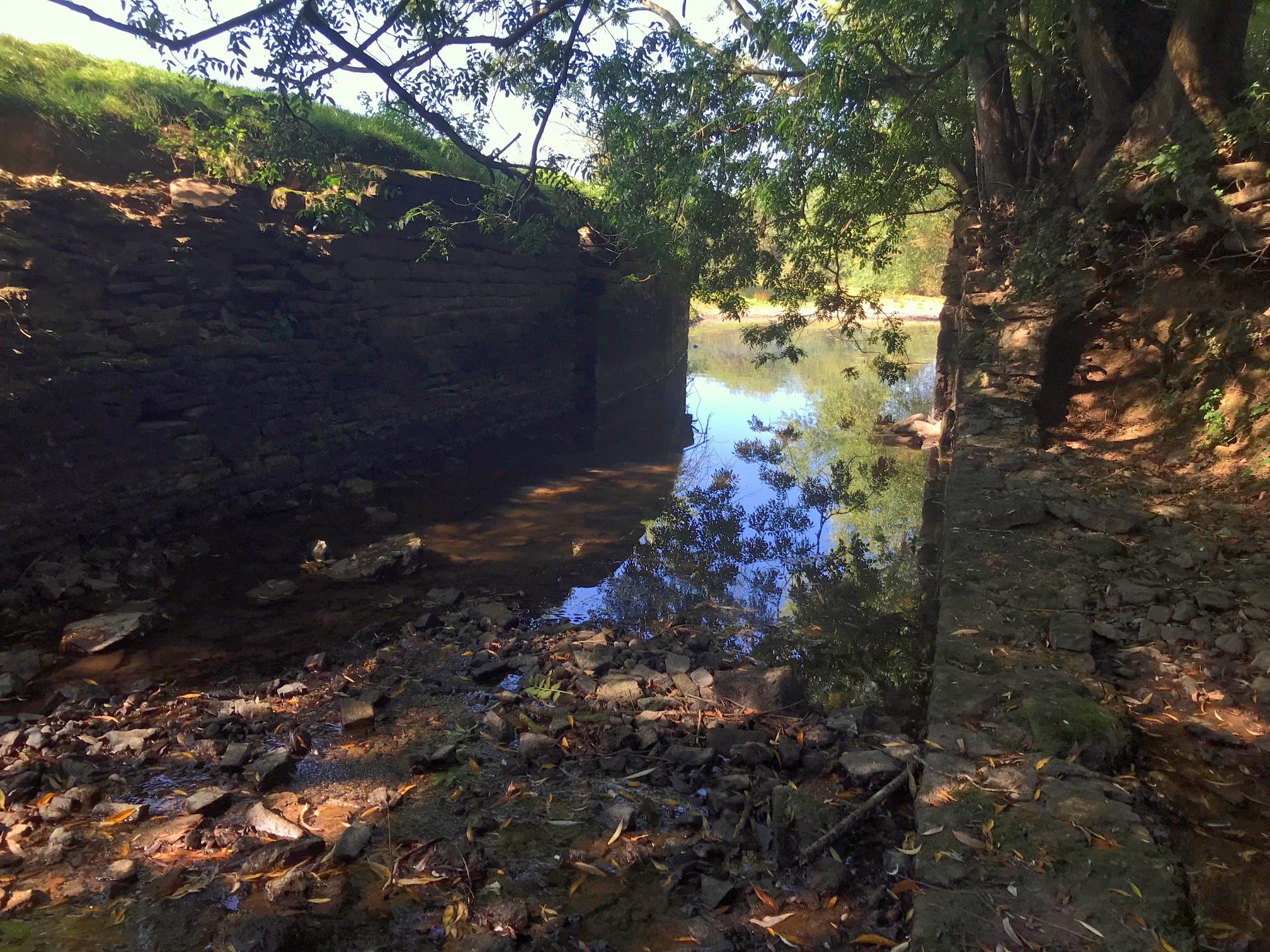 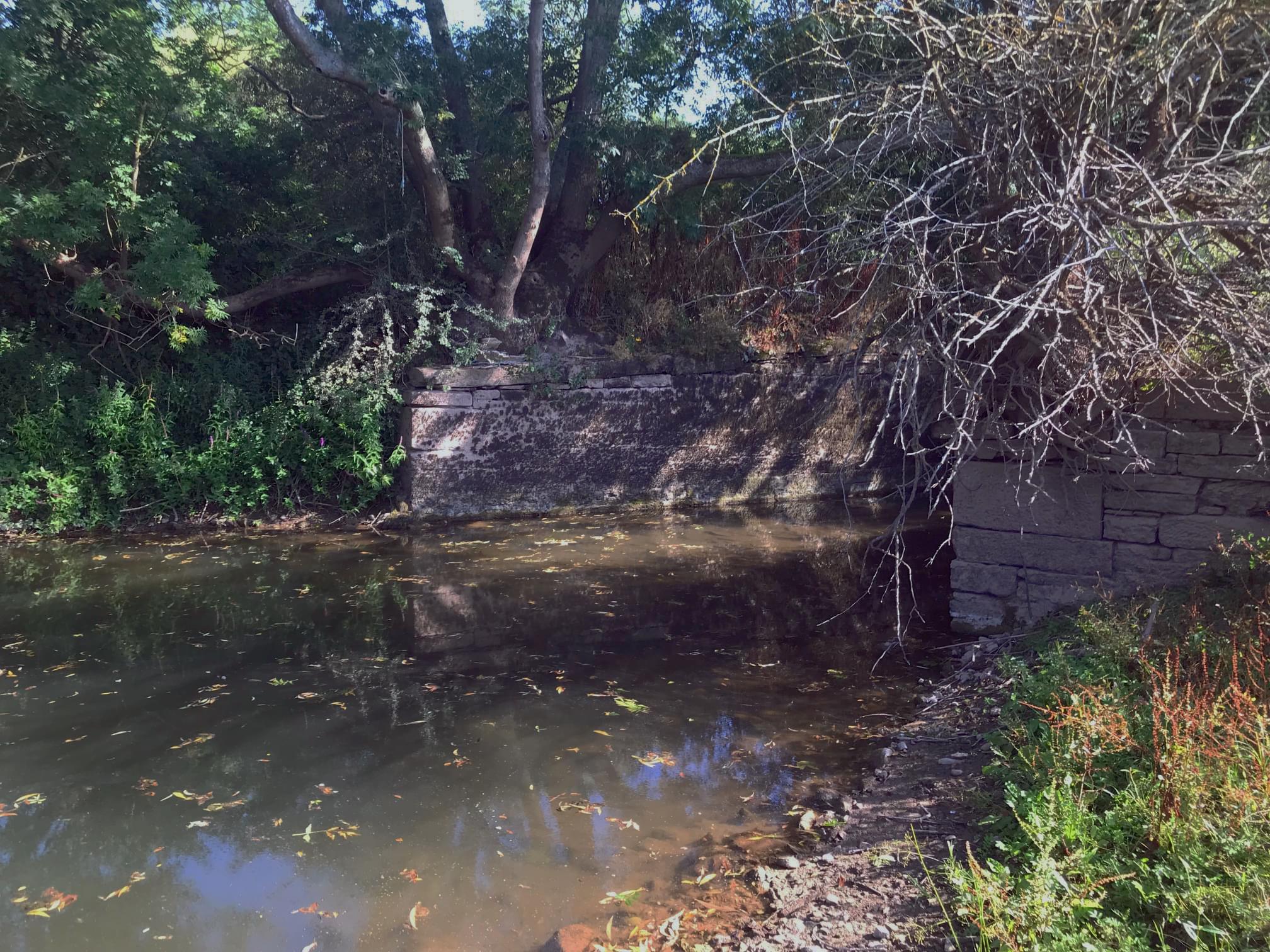 However, about half a mile upstream of the confluence of the River Lugg with the River Wye, just downstream and to the left of the island seen from the road bridge in Mordiford, there remained an almost complete lock minus its gates. The original gates were single and about 10 feet in width, and the lock chamber was about 60 feet in length.

Today in 2021, standing on the bridge in Mordiford, looking downstream and to the left of the island, it’s not possible to see any indication of the lock from the bridge and the field to the left is now fenced. However, I did gain access to the bank, just top-side of the island. The lock is now only about half the size structure it was 35 years ago and, even though it is many hundreds of years old, I think it is the only lock left in the Wye Valley and nature has just about reclaimed it, in another 10 years or so, it will have been totally washed away.