I’ve spent many years on the River Wye, walking the banks and photographing the old lock and weir sites and, in 1989 using my research, I sailed the 38 metre Dutch Barge ‘Wye Invader’ up the River Wye to Hereford. In 2012 I bought her back down to Brockweir and in early 2013 we sailed back to Sharpness on the River Severn. Later that summer, Wye Invader navigated as far up the River Severn as Worcester. When travelling the Sharpness Canal, because of her 3 metre air draft (the height above the water) of the wheel-house, we had a good view of the River Severn, when the tide was out we could see miles of dry river bed and sand, and the question I kept asking myself was, “How did boats sail the 24 miles or so from Sharpness to Gloucester before the Sharpness Canal was constructed and opened in 1827?”
Then throw into the mix, the Severn Bore, a wave that is formed out to the West in the Atlantic that travels along, and up the Severn Estuary and on into the River Severn, it can be as large as a 1 metre wave on a tide of 8.36 metres, as shown on the tide gauge at Sharpness.

In 2014 I acquired a narrowboat, the first year it was moored at Saul Junction and then later in Sharpness, so each year our journeys went up to Gloucester and onwards or down the River Severn towards Portishead or Chepstow so, when you lock-out at Gloucester to go up The Parting or you return back down on the tide into the Gloucester Lock, the question was still the same, “How was the river navigated between Sharpness and Gloucester before 1827?”

My first thought was that the 2 weir’s at Maisemore and Llanthony Secunda Priory on the Lower Parting, were built by Monk’s from the Priory hundreds of years earlier for power to grind corn. I then found a map from the 1800’s to find there were no weir’s marked on the River Severn or in the Parting’s.

The Sharpness canal was completed in 1827 and over the next 40 years slowly increased the cargo tonnage being delivered into Gloucester but the larger ships required deeper drafts to deliver more cargo up river, so in 1871 the weir at Maisemore was constructed to give a draft clearance of 6 feet upstream of the weir and the foundations were to be 12 foot deep into the river bed and 9 foot above, with a lock to bypass the weir.

At the same time, a second weir and lock 7 foot 6 inches wide, together with a lock-keepers house were to be constructed on the bend a few hundred yards downstream of Gloucester Docks Lock, adjacent to Llanthony Priory. The weir’s were constructed to allow the same head of water to pass over at high water. This lock and Keepers house was operated until 1941 and then closed. So today, even if you could get as far as the Lower Parting or Maisemore Lock to allow access to Gloucester Lock via the top of The Parting, both are now out of use and have been since 1941, current access is also restricted by lack of water and trees. However when walking around Llanthony Weir, there is little doubt as to who this belongs to and that is the Hereford and Gloucester Canal Society, so perhaps there is some hope for the future of this little known waterway. 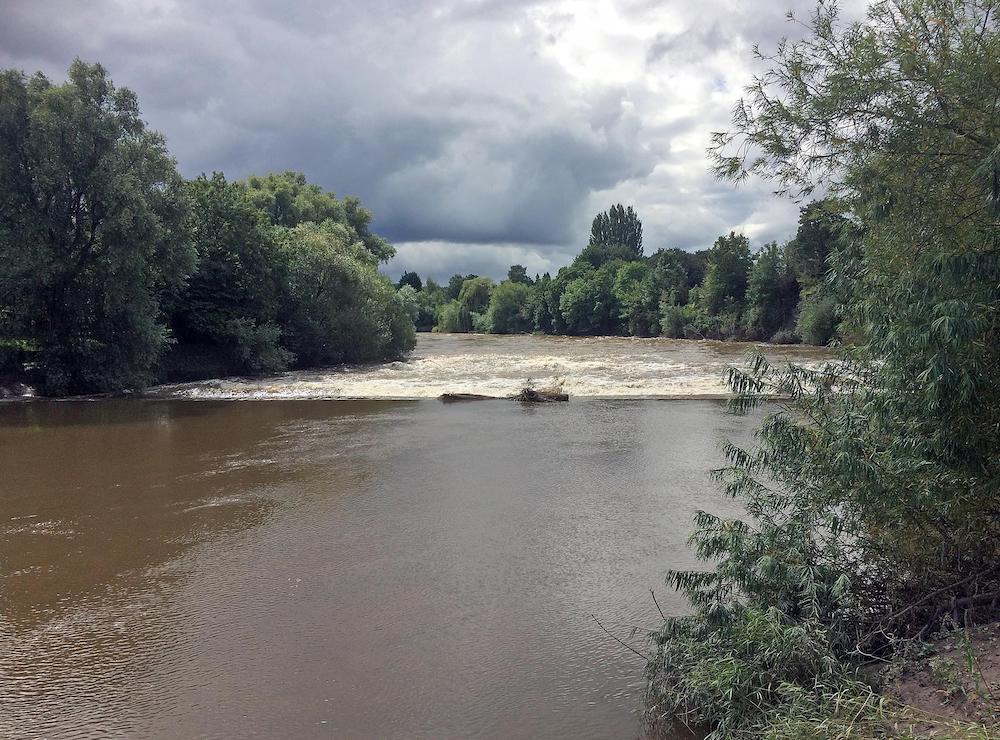 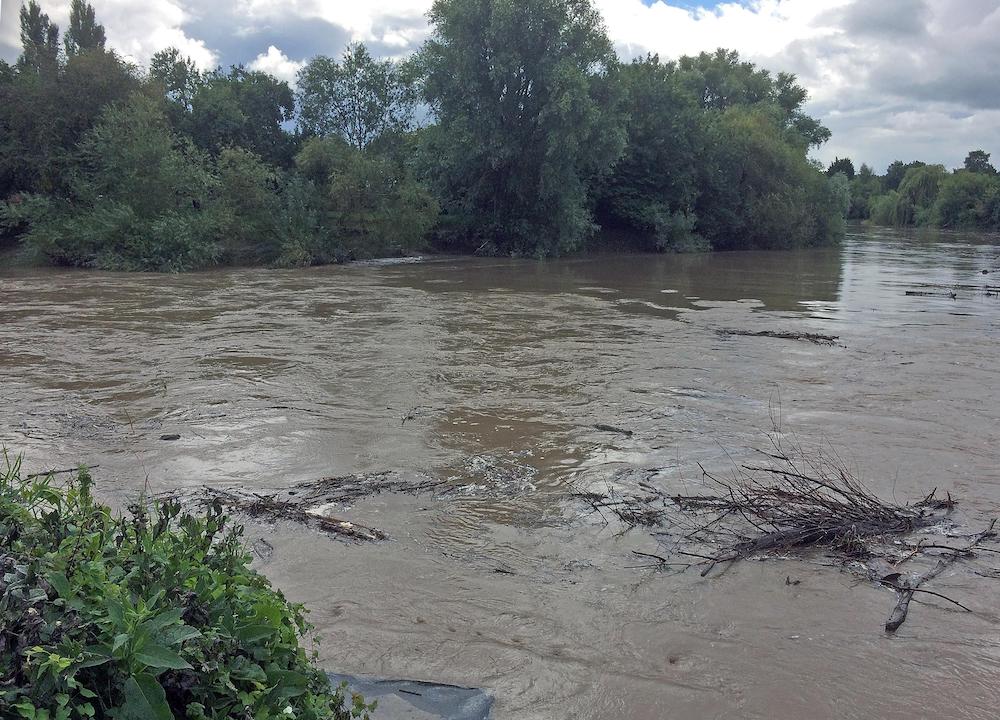 On Sunday 23rd August 2020, I went to Maisemore weir with a camera to wait for the 1148 hours, 8.38 metre tide from Sharpness, it arrived at 1301 hours, within 20 minutes the tide had passed over the top of the weir and raised the river level 4 feet or about 1 metre, the flow continued for about 30 minutes to the top of the tide and a further 20 minutes until the tide turned.

On reflection, perhaps the last paragraph is the reason boat owners don’t use the River Severn between Sharpness and Gloucester but chose instead, the Gloucester and Sharpness Canal and The Parting.